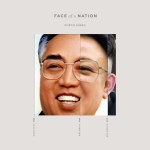 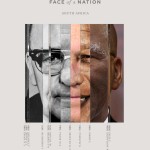 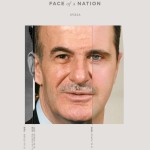 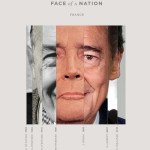 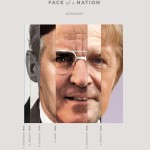 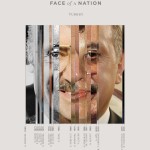 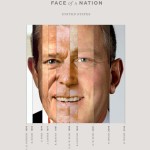 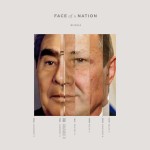 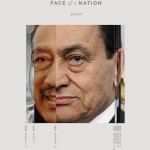 A striking reality hit artist Guney Soykan when he made one face out of the portraits of a given country's leaders from the past 50 years.

You can tell a lot about a country based on who runs it. Almost five months after he stepped down from his role as Prime Minister, you might for a second forget that David Cameron isn't still running the UK. He's come to define the last few years of austerity Britain, of a Tory party that champions spending cuts and slashed benefits for the young, while making jokes about how the leader of the opposition does up his tie and sings the national anthem. Gordon Brown symbolizes a sort of sad-faced dejection; Blair an optimism that later soured beyond belief and turned his name into a leftie slur, and Thatcher the crushing blow to industry that shook Britain to its core—or "power dressing" if you're a women's magazine.

But how much of that could you really learn from just looking at a photo of the prime minister? For Amsterdam-based artist Guney Soykan, one simple concept helps to chart the changing face of leadership in a handful of countries, displayed in his Face of a Nation project. And it all started with Guney's birthplace, in Turkey.

"The election results on November 1, 2015 were a big surprise for the opposition," he says. "Besides all of the controversy surrounding the government's actions, Erdogan and his AK Party had won the election again—by a major landslide. I was trying to understand the reasons behind the results. One of the things I realized was that voting behavior is very emotional: The elected leaders are a reflection of their society. And to me, that reflection is not only about the ideas, but also about the personality of the leader. I believe that people tend to vote for leaders with whom they can identify."

So he decided to bring together a visual record of the people chosen to run their countries—however democratically—over the past 50 years, creating a sort of time-lapse composite photo of one face made up of slivers of all the former leaders. The results vary, from the tiny splinters of men in Turkey's tumultuous political atmosphere to the creepy continuity of North Korea.

"It was almost too easy to put together the faces of the North Korean leaders. There are only three, and they're all part of the same family lineage," he says. "But when searching for images to use, I noticed something else that tells us about the political communication in North Korea—the most popular portraits of these leaders are almost identical. They all portray the men from the same angle, wearing the same glasses, and with a very similar haircut. North Korean propaganda leaves no room for doubt that the ideology of their first leader Kim Il-sung continues throughout his successors."

Other countries had their own tropes. "The official presidential photos released by the White House are always the same—facing to the right and smiling at camera," he says. "Meanwhile, Russian leaders have always been portrayed in a very serious and powerful pose." In South Africa, you watch as the majority black country moves from being run by the white-minority, racist apartheid government, to the post-independence ANC party.

What about countries he hasn't featured? The places that don't tend to come up in the usual global conversations around the G-8 or G-20 countries? "I think everyone is more or less aware of what is going on near their country. So even if your neighbors aren't among these global political 'superstars,' you will still know about their political leaders. And the actions of these political players will play a role in your perception of that country."

Ultimately, the project is a reflection on history. You can follow the homogeneity of most country's leaders—mostly male, generally of one specific ethnic group—and ask yourself what that tells you about the rest of that nation's citizens. Guney just pulled these images off the internet, so understands this is less a photographic piece than one about perception. For him, Turkey tells the most compelling tale, and sheds light on recent electoral upsets we've witnessed in both the US and UK this year.

"Turkish history is full of coups, of which the recently failed military coup is but an example. In the timetable you can see that Nihat Erim became the Prime Minister in 1971 after a coup that created so much instability in the political scene that it led to another coup only nine years later," he says. "Looking at all these instabilities it becomes easier to understand why the average voter is opting for a seemingly 'stable' choice nowadays." Seen that way by anyone who was surprised by Brexit or Trump, the promises for "taking back control" in Britain and making American "great again" make a lot more sense.See the rest of the 'Face of a Nation' series below.
Sıkıysa Paylaş: